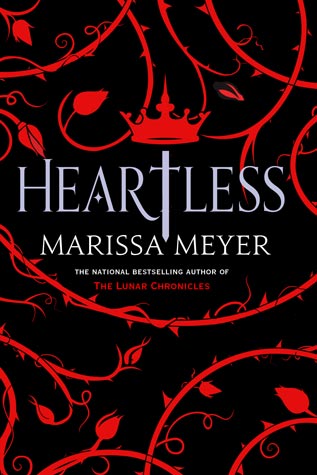 Cath has a dream, and it is not to marry the king as many would love to, she wants to open a bakery, the best in the kingdom of Hearts. And yet, as the daughter of the marchioness and the marquees, having a baking shop with her maid and best friend Mary-Ann is not deemed appropriate.

Having gained the affections of the king, her mother is all too eager to make her the Queen of Hearts but when the new court joker Jest appears, Cath finds new hope for the life she always wanted. Cath and Jest start flirting behind everyone’s backs and experience various adventures together like the mad hatter’s tea party.

Cath starts to live two lives, one where she is courted by the king and one where she is dreaming of a simple life baking the most delicious pastries in all the kingdoms. But then, all her dreams and hopes for a happy live with Jest start to crumble because of one little decision.

I was given this book in exchange for an honest review by NetGalley and the publisher which does not influence my opinion.

I was twisted in anticipation for this book because at the one hand it is written by Marissa Meyer and I love the Lunar Chronicles, hoping I would love this just as much. But on the other hand, it’s a story where the end and the faith of the main character is already known and I didn’t know if I wanted to see how Cath developed into a heartless queen.

In the end, I can say that I liked the book a lot because of the characters and the world and also because I was satisfied how the author created a backstory for the Queen of Hearts. I think I had an advantage going into the story without ever reading Alice in Wonderland or watching any adoption on TV. I can’t compare any of the world building to something so if there is anything that does not fit between the original and this story, I am unaware of it and therefore, I did not find anything wrong. I really enjoyed the world and how Marissa Meyer introduced me to it.  I was able to imagine everything needed and only had minor issues with hoe the different places in the story are connected or where they are in the world.

But the main reason I liked this book so much were the characters and their development. I liked the main character Cath even though at times, she was a little naïve, but it made her even more relatable because who doesn’t want their dreams to come true, no matter how unlikely they seem. I liked that until the very end she was somewhat believing that everything will turn out alright. I dreaded her transformation into the Queen of Hearts but I am actually pleased with the authors ideas and development of the story. Nevertheless, I had moments where I wanted to turn the pages and desperately wanted the last paragraphs not to have happened. I wished for a ‘Star Trek’ moment where the new films are in a different timeline then the original series, I wanted for Cath to be happy and live a happy life and not become the heartless queen.

Apart from Cath, Jest was a really well developed character. Even though there is not so much depth to his story, I liked him and especially his interactions with Cath. Their relationship is just so cute.

But I think, every character is really nicely crafted and they are all very different, the weak king, the mad hatter, the three sisters, it’s easy to distinguish between them.

To conclude, the writing was beautiful with lots of well thought, fitting and creative descriptions. All in all, it was a very good book, I just didn’t adore it as I did Marissa Meyer’s other works.