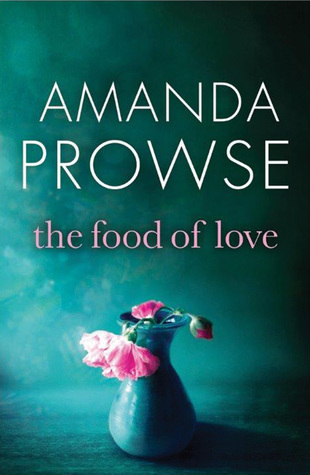 Freya has the perfect family, two beautiful daughters and a loving husband. Everything is fine until her youngest starts having issues with weight. At the beginning, Freya is convinced that Lexi’s problems can be cured if she only gives her as much love and care as possible but the situation is getting worse and worse.

When nothing is as it has been before, the whole family struggles and tensions rise among the family members. The Braithwaites have to fight to keep their family together and they soon realise that everything they took for granted is not so self-evident at all.

When Lexi is getting worse instead of better, drastic measures have to be taken and the life of Freya’s daughter is very much hanging by a thread.

I received this book from NetGalley and the publisher in exchange for an honest review.

I have to say that this is not really a genre I pick up very often and this book kind of showed me why. It took me forever to get to about half of the book and once I was there, I actually only finished it in only a couple more days because I forced myself to read it and not pick up another book instead.

I think the premise of the book is interesting and it is important to want to raise the awareness for anorexia and how it can affect a family’s life but I was really not a fan of this story. I have to say that I have no idea how anorexia patients are treated and how the relatives and friends are supposed to react but I found the way it was handled in the book to be kind of unrealistic. And if it is done that way, I think that something has to happen because this does not seem right…

The thing I liked about the book was how it depicted the life of the Braithwaites and how their whole life changed with the knowledge of their daughter being ill and how it changed the whole dynamic of their interactions and everyday life. Nevertheless, I could not enjoy this read about 90% of the time because of the following points:

My first issue, and this is one that I come back to every time I think about the book, is the fact that Freya just somehow does not want to take the advice of experts on eating disorders. She always says that she knows what’s best for her daughter. I don’t know how it is being a mother and I guess I can understand and empathize with her to a certain point and this is when Lexi is obviously getting worse and worse. Do you really not want to take the advice of a professional who might have a little more experience and knowledge on the matter and could actually help get you child better? If so, I don’t want to read about something like this because I can’t comprehend this behaviour and it is annoying to me. It felt like every time Freya tried to help her daughter by giving her everything she wanted I had to roll my eyes. Just because your child has an illness does not mean you can’t say no, you don’t have to please the kid all the time, this is certainly not making it better.

Also, Freya is a food blogger and her full time job is writing about food. I get that this shows that even when you know a lot about food and this is your daily life, an eating disorder can still happen in the family and you don’t necessarily know more than other people. However, I felt that main protagonist – the story is told from the mother’s point of view – could have done a little more research on the topic of anorexia as she was able to put her deadline for her next project on hold. I would really want to get as much information about this illness as possible, maybe even ask doctors... Maybe she did it but it did not seem to be a main focus as there was not much written about it in the story.

All in all, I really did not like Freya because the way the book is written, if felt awfully like her daughter only got to the point she ended up because the mother did not want to make her uncomfortable. Seriously?! I feel like this is a book of how not to behave in a situation like this more than it is to show how the family is almost breaking apart by this.

The other characters in this book were not as bad as Freya but then again, we only got the story from her point of view, so the things the reader is told is narrated through her eyes. In any way, I don’t have any strong opinions about them, whether positive or negative.

Another thing I despise is that the family is not really informed about the disease and how to handle it properly. The doctors don’t make it clear how desperate the situation is already in the middle of the book. Or Freya just does not want to believe it. And the psychologist, or whatever she is, who is visiting the family once a week somehow does not notice Lexi’s condition. Again, if this is really the case, I truly don’t want to read about it because it makes me sick. And if this is only portrayed like that in the book, it is even worse because if you want to make people aware of this illness, at least show a better way. This is common sense, right?

I have to say that the writing was not particularly bad but it also was not noteworthy for me. In general, it was just so slow to read, especially in the beginning and it could not capture my interest at all, it was more a forced read than a pleasure read which is never a good sign. I did not have any connection with the protagonists whatsoever and I really did not care what would happen to any of them.

Nevertheless, I know that this disorder is a very serious matter and it should not be taken lightly and I like that the author writes about this topic.

But honestly, I have a hard time liking or even loving contemporary books, especially when I can’t bring myself to care for any character. The time I actually read them is when the synopsis is totally engaging me. I usually don’t pick them up because I want books to transport me into a different world that has little to do with the real world to forget about real life problems.