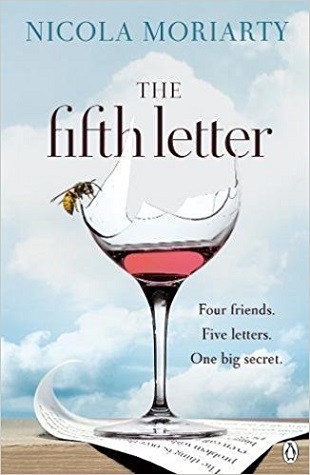 Best friends since the first day of school. Best friends, they liked to say, forever.

But now they are in their thirties and real life - husbands, children, work - has got in the way. So, resurrecting their annual trip away, Joni has an idea, something to help them reconnect.

Each woman will write an anonymous letter, sharing with their friends the things that are really going on in their lives.

But as the confessions come tumbling out, Joni starts to feel the certainty of their decades-long friendships slip from her fingers.

And then she finds another letter. One that was never supposed to be read. A fifth letter. Containing a secret so big that its writer had tried to destroy it. And now Joni is starting to wonder, did she ever really know her friends at all?

Thank you NetGalley for this copy of the book. My opinion is not influenced by the fact that the book was given to me.

I think the concept of this book is interesting because it felt a lot like real life. Although everyone always hopes that everyone is perfect and the friends we chose are honest and would never lie and also don't keep secrets, I found real life to be more like it is depicted in the book.

Overall, I also found the story interesting enough but I had one major issue with it that made my reading experience a lot less fun. Technically, the book is for adults and it resolves around protagonists, that are in their 30ies - I think. Yet way too often it reads like those women are teenagers due to the way they behaved and talked.

Sure, adults by nature are not philosophers, but I would expect a book featuring grown ups would not read like a high school drama. Also I found the writing to be reflecting this issue as it was oftentimes a little to simple and girlish.

Sadly, there is nothing really remarkable about the book which at times made it hard to get through. Especially considering the points from above as well as the lack of really interesting storyline. Yes, few times during the book I got intrigued to know the secret(s) but most of the time I was not really invested in the story and did not care about the revelation whatsoever.

Nevertheless, it was not all bad and there were a few plot twists which were not all plainly obvious. But you had to get to that part first. I would not buy this book for myself or anyone I know.