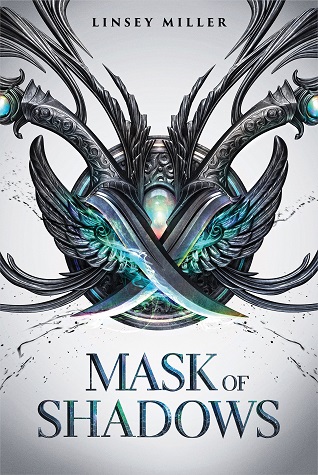 I Needed to Win.
They Needed to Die.
Sallot Leon is a thief, and a good one at that. But gender fluid Sal wants nothing more than to escape the drudgery of life as a highway robber and get closer to the upper-class—and the nobles who destroyed their home.
When Sal steals a flyer for an audition to become a member of The Left Hand—the Queen’s personal assassins, named after the rings she wears—Sal jumps at the chance to infiltrate the court and get revenge.
But the audition is a fight to the death filled with clever circus acrobats, lethal apothecaries, and vicious ex-soldiers. A childhood as a common criminal hardly prepared Sal for the trials. And as Sal succeeds in the competition, and wins the heart of Elise, an intriguing scribe at court, they start to dream of a new life and a different future, but one that Sal can have only if they survive.

When I hear of ‘assassin books’ I am automatically intrigued because they are my favourite stories. Yes, it’s probably because of playing too much Assassin’s Creed but I kind of find those stories to be fascinating. In a way it is bad to want to read about somebody that runs around and kills people - even for somewhat noble reasons. But if the story is good, I can look over this bad side living inside of me.

I generally liked the story but there were some drawbacks that I were too ‘big’ for me to overlook. When I feel invested in the characters or the world or the story, I can forgive the book any lack in one or more of those categories but sadly I found myself to be missing the connection to the characters and also the history of the world did not grip me.

Even though I liked Sal and the way he/she/they acted, I found it a little disbelieving what he/she/they and all the other competitors can to do their bodies and don’t feel a thing. Sure, some of them are trained in various physical activities and Sal was a street thief. Nevertheless, how can you go through rigorous training the whole day - which is described as painful and draining - and be completely fine the next day or even the coming night to try and complete your tasks. Sometimes they are even hurt (like having been treated with stitches) and everything is all ponies and unicorns?! Yes, they train to be deadly killers, but no matter the training you had, none of them should be able to achieve that goal within two weeks. Or the soldiers and guards and general population are just really pathetic in this world so that being the best is kind of really easy.

Also, there were some other elements that were even pointed out to the reader. Like the whole issue with the wearing of masks. Apparently the would be assassins are wearing wool mask where you can only see the eyes and the mouth. So eating should be fine. But the 3 actual assassins are wearing (metal/ceramic?) masks where you can only see the eyes. How does the eating work without taking of the mask. I would not care about that but the reader is made aware of that fact when even Sal is thinking about they eat without taking their masks of. I mean maybe they do it but there is no explanation and that bothers me. Sometimes, when the story is not really pulling me in or when something like that is specifically mentioned more than once, I get frustratingly annoyed…

Other than that, I did like the character interactions. They were witty and interesting and fun and I think it was mostly thanks to the characters. I think my favourite is Maud because I feel that Amethyst, Emerald and Ruby (the three assassins) were not always distinguishable in their behaviour (maybe that is not the worst thing for assassins though). Nevertheless, I liked how they behaved and how they interacted with the other characters, especially with Sal. Also Sal is a good character and I am quite intrigued what he/she/they will do in the next book after what happened at the end this one.

Overall, I think the most I was missing was the context for everything in a way. Sure, there are bits and pieces of information throughout the book why each person acts a certain way, but I did not get the hang of it. I am still a little confused but the history of this world. Especially because I can’t really bring them into a timeline or more accurate - I am missing actually numbers for when something happened or how much time lies between two events, even for the ages of the characters. I know there is somewhat of a chronological history of the world at the end but I find it hard to connect this with what I read in the book, especially because I only saw this after I was done with reading…

I am somewhat interested in how the story continues but not really excited. As I hardly ever not finish a series, I will probably read the second book as well which I hope will be better as it will most likely focus on other issues that this one.