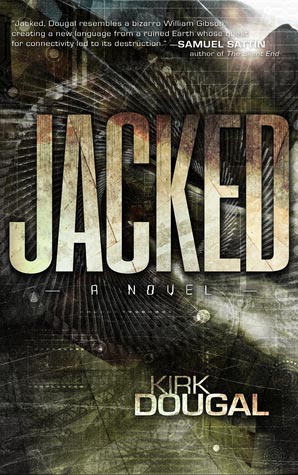 Tar can fix technology that has been broken since the Crash. But this ability is a dangerous one to have under the rule of the Black Shirts. Tar, 13, has to hide his powers, that’s why Uncle Jahn is not allowing him to go to school. Instead, he wanders around to find ‘apps’ that he can fix and sell, especially to Mr. Keisler. Nevertheless, not too many know that he does not repair the broken app with tools but with his mind.

Tar has to be very careful with his gift, as the ruling Black Shirts, led by Father Eli, hunt for everybody with those abilities to purify the world of them. One day, his ability is accidently discovered by some bullies at school and they rat him out. This is when the Black Shirts arrive at school and kill one of Tars friends while he watches from a hiding spot but eventually they see him as well and start their hunt.

He flees together with Toby who warned him of the thread at school but the Black Shirts are already at either boys home so they have to leave. With Uncle Jahn accompanying them, the boys learn about the past, about the Crash that killed so many and made so many others lose their minds.

I received an ARC from Ragnarok via NetGalley to give an honest review and this was an enjoyable read. There are no major faults in the story that I would describe as unrealistic yet I wasn’t totally hooked. And some things in the end weren’t to my taste as the book was build up very nicely and could have done without those elements.

I liked the world building, the descriptions were very detailed and made the atmosphere of the setting nicely clear. Also, the premise of the story was interesting. It took quite a while to understand what is going on in this world, particularly because the reader is left in the dark about what the Crash actually was. Every now and then there is a little piece of information that contributes to the puzzle and this leaves room for one’s own imagination. A little sad though that the story is resolved rather quickly in the end, potentially it would have been better to leave some details out in the beginning to give the climax more attention.

I don’t know if the author attempted to include some social critique in his story, nevertheless I though the topic of technological advancement is provoking some thinking. The result in the story is rather dramatic and unthinkable but it outlines the dangers that can come with the reliance on technology. Sometimes I think people should take a step back and make themselves aware of what is happening or what could be the consequences of a certain advancement. On the other hand though the book also shows that not everything has to be dangerous or catastrophic and technology actually does improve lives.

There are some things though that did not add up for me.

I don’t like that the main character is only 13 years old, I mean sure, in the circumstances he grew up he is probably very capable and can handle situations most 13 years old kids in our society couldn’t. But sometimes Tar seemed too mature for his age, especially when they meet this one other character. Having to fulfil a task, the man lets them lead the way as this is supposedly something Tar and his friend are better at. Even if, the man still is grown up and can aid in this situation. That was just overly ‘Tar is the hero of this story’ for me, it’s OK when the main protagonist is not able to do anything he tries.

Another matter that I rolled my eyes at was the introduction of the girl. She was perfectly all right for the story but we could have done without the warm feeling that overcame Tar when he looked into her eyes. No, this was not necessary at all, everything would have worked exactly the same way without this plotline as the story made sense in itself on its own.

Overall I liked spending my time reading the book because it is SciFi and an at large well-crafted story.