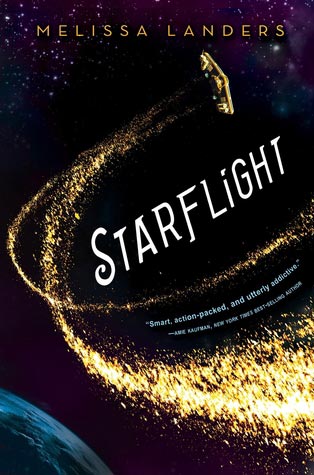 Solara is determined to get away from her miserable life on earth and start new on the outer realms but first she has to find a way to get there. The only way for her, due to a lack of money, was to make someone pay for her trip in exchange for her service on a cruiser. Yet as no other than Doran Spaulding, her tormentor in high school and rich beyond measures, picks her, Solara’s trip is not starting the way she hoped it would.

Being the same spoiled rich kid as always, Solara is determined to get away on the next stop on the journey and continue her way alone. But as this does not goes exactly as planned, on top of that, she is now stuck with him on a ship with secrets in every corner, pretending to be her master and not the other way around.

Using her abilities as a mechanic, she convinces the crew to help her to the outer realm while the crew has to find a way to escape old enemies as well as, with Doran suddenly framed for a conspiracy back on earth, new enemies. That Solara and Doran cannot stand each other does not help and in order to survive and find new hope, they might be forced to reconsider the opinions they had of each other.

Well, the direction this is going should be clear for everyone. So, keeping this in mind, I find the book to be funny, action-packed and with the one or other plot twist, even if somewhat predictable. I am positively surprised because I was not really convinced by Melissa Lander’s ‘Alienated’ series.

I like Solara who’s her life has not been a piece of cake and the only thing she wants to do is escape. I like that she has the dream that everything is going to be better in the outer realms where nobody will look in her direction twice just because she has felony tattoos or engine grease on her clothes or skin. This is because in her eyes, nothing can be worse than it is now, although she will realize that not everything at the edge of civilization is going to be easy.

I also like Doran’s character as he finds out the hard way that just because he is rich does not make him a better person that others. Especially, when he has to rely on the crew he became part of to shelter him and safe his life. They even help him figure out why he was framed for conspiracy and accept him as.

What I like about the crew is that everyone has a background story and somehow everybody has a secret he or she does not want the others to know yet they still work together to keep the others alive. This really reminds me of ‘Firefly’ and because it’s a shame the series only lasted one season, it is nice to have a ‘Firefly’-feeling when reading the book. In general though, I think I would have liked to have some more information on other characters but this will likely change in the sequel which is actually a companion novel.

I can honestly say I enjoyed the plot and also its twist and turns and one of the best things is the fact that it’s a more or less a standalone novel and the story is fully resolved. The author is not trying to find any weak storyline to continue the story of Solara (and Doran) but rather tell the story of two other protagonists of the book.

As already mentioned, if you can accept the ‘rich guy falls in love with the dirty mechanic with a criminal background’ storyline, I think it was actually rather nicely written. I liked the chemistry and teasing between them and it took them quite some time to realize they like each other. They even first only tried to be friends and that was not something that worked well all the time. So, as there was no getting around the love story, at least it was not instalove.

Something that will always make me want to read a book more than maybe others is the genre. I just love SciFi, I mean I grew up with Star Trek, Star Wars, Stargate and so many more that Science Fiction will always catch my eye and be something I will be drawn to.

I will almost certainly pick up the companion novel, just because I liked the writing style of Starflight and because I the characters it’s going to be about look to have a really intriguing story.