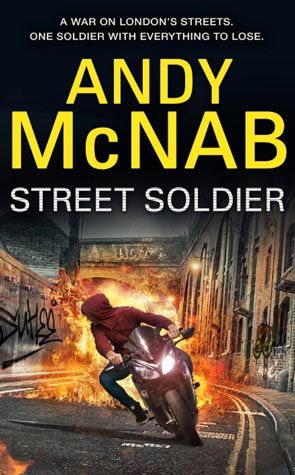 Sean Harker finds himself in prison after he is caught by the police because the job he was doing with his crew did not go as planned. Meeting two guys from his gang there, he is determined to just do his time but when something happens that makes him think his life over, he takes a chance that was presented to him.

Joining the British Army for a project which recruits young offenders he finds a way out of his old life. Another benefit, he becomes part of a family that really looks out for each other and not like his old gang. He realises that after he has to buy their protection of his mum and in order to do so, he has to do things that could make him loose everything he gained in the Army.

Trying to right his mistakes, he has to find a way to save the citizen of London from one group’s crazy scheme. Still, Sean efforts might not be enough to save his career and all the innocent people.

I received a copy from NetGalley to give an honest review. I was eager to start reading it because reading the synopsis made me think of my very early reading days. And in the end, I was really happy to dive back into this genre.

As a fan of the Alex Rider series by Anthony Horowitz I was hoping that this book was kind of similar. It’s not, that you can really compare the stories yet I found some similarities and familiar elements and that made me really glad that I got to read this book.

I first had to get used to the language as this is not something you often find in YA although I would not necessarily consider that book YA, more like a hybrid. I think though that it really fit the character Sean and the overall atmosphere of the book. I like that Sean is really far from a character you might like at the start of the book, he is a thief and steals cars or whatever his crew is feeling like to steal. Yet, when accompanying him through the story, some very good character traits are revealed although he was still far from perfect. This is something that I really appreciate in my books as it makes it so much easier to relate to the characters when they are real people with faults and dark sides.

What was really good in my eyes as well was the pace of the book, there were no unneeded pages with descriptions of the surroundings or places that would not contribute much to the story. I felt it was overall much more a ‘story book’ because of that which was exactly what it good for the story, there was more time to concentrate on the ideas of the people. I found it very interesting to see that Sean has to go through a process where he is also part of something really wrong to realise that the ideas and plans of some are the wrong ones. And that he needs the help of others to figure that out, which is fine as he in the end still is just a teenager.

When I say there was not that much describing the world it’s not necessarily true as there is some detailed description of his activities in the army and how Sean feels when handling a gun or driving in a military vehicle for example. I felt that those feelings were quite accurate – as far as I can tell – especially with Sean’s background and early life.

At the end the book is going a little too fast for my taste though as everything just happens in few pages compared to the rest of the story. Due to that, I sometimes had the feeling that some situations seemed a little unrealistic even though it could totally be possible for Sean to do those things (I actually have too little knowledge of these matters to tell).

Overall though, I really enjoyed the book and the story and the characters, even if there is not too much information about some of the side characters revealed.