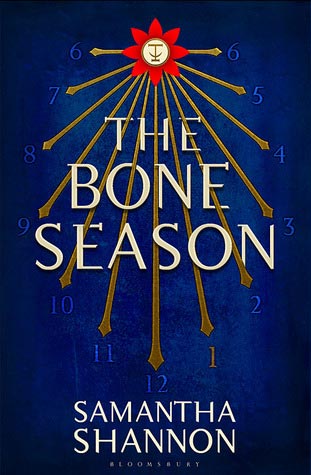 In an alternate world in the year 2059, Paige Mahoney, working for a criminal mastermind, is thrown into her greatest adventure yet. She is the 19-year old daughter of a scientist who is working for the government. Her problem, she has special abilities and people like her are hunted by people like her father.

Paige’s powers are somewhat special as she is one of a kind so her standing in the organisation she is working for leaves her with more privileges. Among the other clairvoyants she is known as the pale dreamer, mollisher of the mime-lord Jaxon Hall. One night, she believes she has been discovered by the government and flees from her followers. What she does not know that even darker creatures are on her tail and when they finally kidnap and drug her, she wakes up in Oxford.

There, Paige has to face the fact that she might never return home to London. Among other clairvoyants, she has been selected by the Rephaim to be trained as their servant. But clearly, she wants out. Everyone tells her that no one has ever escaped before yet she is determined to try.

Even though not everyone is reluctant to be there, she can make friends that attempt to aid her in her goal. And then there is her trainer, who does not seem to be like the others but well, in a way, he is. Paige has been led to her greatest and most deadly adventure yet where there might not be an escape.

I love different and I definitely got that! In a fabulous way.

I know this book is not perfect and I get that there are some things that might not necessarily add up, especially when your first impression is rather negative. You then find small parts that seem overly constructed, cannot feel any connection with the characters or have a general problem with the way the story goes. I have read books like that and felt this way so I get it.

I started and practically immediately fell in love. The thing that annoyed a lot of people actually drew me in. The amount of information and the glossary, it was great. I felt a refreshing challenge reading the book as English is not my mother tongue and yes, it was hard to get into it at first. But after a few chapters I was captivated and did not want to leave reading for anything (including food or sleep). I also like the fact that it is only told from Paige’s perspective, there are so many books with multiple narrators that don’t necessarily need them. And, oh yeah, there are actual chapter names not just boring numbers!

I truly loved the premise, a totally different world where maybe things don’t work like we are used to. Yet isn’t that the point of a made up world, that not everything makes sense at first because we are lacking information that is hopefully provided later?! It leaves the reader with some thinking to do. Other themes in the book include torture and slavery which are not light-hearted topics to read about. And as such, the characters are put trough some certainly cruel and disgusting situations yet being part of this made up word everything should be seen in this context.

I probably could have done without the romance, especially because of the characters involved and because there was so much potential for it to be not there. It is sad that so little YA books I read can do without this (Yes, I know, it’s YA so what am I expecting but a story does not unavoidably need this…). I see that it could end up being an essential plotline though. Taking all this into consideration, I liked the pace it was developed at so let’s see what the following books will bring.

What else was there for me?

The length, whereby when I think about it, no, it was definitely too short. I did not want it to end and I felt lucky for picking up the first book when the second one was already out so my craving for the second book was not all too long.

The action. And the progression of the story was going at exactly the right pace to give descriptions and feelings and information the room for unfolding.

Just all in all almost everything. Maybe less that there are 7 books planned and I have to wait for so long to know the overall ending. But then that is a good point so I will be able to enjoy so much more of this world and the characters and the language and the action and the scenery and everything.