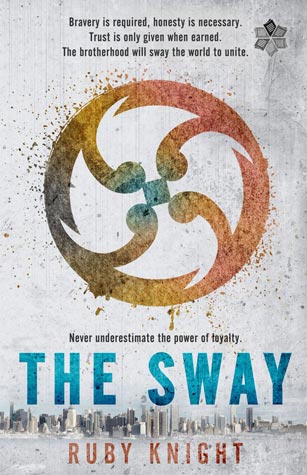 Julia Caldwell has been trained by the CIA and worked for them since she was 13 years old. Now, with 19, she gets her first solo mission. Assigned to get close to Cole Thomas, the teenage son of Hank Thomas, a well-known and dangerous weapons dealer. To accomplish her mission, she has to go back to High School in New York to earn Cole’s trust.

What Julia doesn’t know is that Cole himself is part of an organisation with the mission to spy on her. So when Julia believes she has gotten through to Cole after playing teenager for a few months, it is Cole that reveals who he is and introduces her to his agency. They want to convince her to leave the CIA behind and work for them instead.

With a thread from Hank Thomas and his deadly companions, Julia has to find out whom she wants to work for. On this journey she also has to deal with the fact that she develops some unknown power. Having to keep in mind the thread on the lives of millions of people, her decision can be the one that decides the fate of the planet.

I received this book from NetGalley to give an honest review. And I want to say that no matter what I will say, this book could still be something for you. It just was not for me. This is just a personal opinion and should be seen as such.

I don’t even know where to begin. There is hardly anything I liked about this book.

Julia is introduced as this strong, powerful and strong-minded person that does not allow feelings to interfere with her work. Of course, being a teenager, this will soon stop being this way. After one mission, she looks at her long-time friend not as a friend but something more. And this was just the beginning. On her solo mission her target is the most sought after guy in school and she plays hard to get. Though only until she has her first ‘date’ for the sake of the job. She somehow forgets everything she was told in 6 years of CIA training to not let feelings interfere. She swoons over his eyes and his body and Cole apparently likes her as well.

When Julia is in the compound of this other agency, the Sway, Cole acts all protective and crazy in love with her. Well, we get the explanation for why he falls in love with her so fast but honestly, this is happening in less than a week. Really, from being a target for the job to ‘I love you for the rest of my life’ in a few days made this book so hard to read. Especially because almost on every page they lace their hands together or he kisses her on the cheek, the top of her head or on the mouth. As if there is nothing else that should have been developed during the story.

I have to say that I was so glad that the book was so short because I had a hard time finishing it (I have an inner urge to finish all the books I read so I had to). The ‘love of my life’ theme was not the only thing that hat me roll my eyes during the read. Also the fact that all people (or children and teenager to be precise) in the Sway have some special ability. Once Julia remarks the group as X-Men and unfortunately I felt way too many similarities to fell a lot of thought has been put into the abilities.

Apart from this, the timeline of the story really did not feel realistic at all. The plotlines might have worked better for me if, from being introduced to the Sway to potentially rescuing the world, a lot more time than a week had passed. Even with special abilities these protagonists are still teenagers and Julia only discovered hers during that week. She is not able to keep her feelings under control but is perfect in mastering (well, she has some struggles but they are exploited way to less because the time is running out) her powers.

Something that is practically non-existent is the world building. Way too much time is spend on kissing and saying ‘I love you’ in favour of actual plot and description of the surroundings.

Another thing I was really saddened by is the language. I feel that I would have been able to write the story even though English is not my mother tongue. Although it is YA, one can expect a little higher level of language and phrasing.

The only thing I liked about this book is the part of a girl who has to spend her whole teenage years in the service of the CIA and realising that not everything has been right. This should have been something to be exploited more as it would have made the story deeper. Julia starts as a young girl who is strong and determined and she becomes an uneasy and insecure person from time to time. She could have been a nice, lovable heroine but the story was more about the love between Cole and Julia.

I will not continue to read another book of this series…