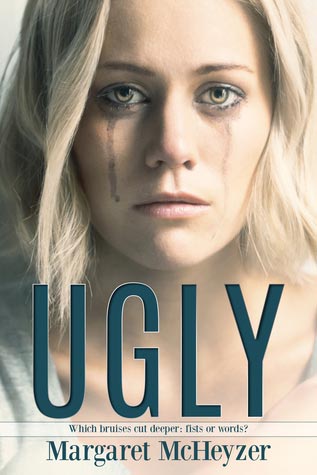 Lily is introduced as a 12 year old girl getting physically and mentally abused by her father who is raising her after her mother’s suicide. When she is 17, her situation hasn’t changed, she still gets beaten, she hardly has any clothes and she is half starved as her father mostly forgets to buy food. In school she tries to stay under the radar yet still her GPA is almost perfect.

One day at the bus stop she sees a guy smiling at her and she is confused as she was told she is ugly and why would anyone smile at her. In the following days he starts talking to her, walks her home and invites her to the movies. They start holding hands and he provides her with a phone so she can call him if anything happens to her. Then one day, her father is beating her so badly that she actually takes the offer and Trent is rescuing Lily from her hell. At Trent’s house, she is getting cleaned up and fed and she gets a room to sleep and they buy her clothes.

But what seems to be heaven for Lily soon turns out to be maybe even worse than at home. Trent starts controlling Lily, he even sexually abuses her and decides where she should go to college to as they then can be together. He tells her how much he loves her and that he needs her and every bad think he does she excuses with those statements.

When she meets a very nice girl at work (she gets a job to have some money next to her full scholarship), it seems that everything could change for her but then she accepts to marry Trent and it gets even worse. He starts beating her, controls the money that she makes, controls where she goes and tells her to do the housework and his assignments on top of her own work.

After years of living like that, dropping out of college because Trent told her so, he beats her up so badly that she finally has the courage to leave him. From then on, she has people around her who help her and her life is ultimately changing for the better.

This is a very hard review to write because obviously the topic is very delicate and I have some very conflicting thoughts about the book. I don’t want to offend anyone that had to go through anything like that, this is just a personal opinion even though I don’t know anybody who has been the victim of domestic violence.

I feel the book is really more two parts that don’t really connect than one continuous story. The first part, which is to the most part about her life during the abuse and the different situations she is finding herself in due to that, is well done. The second part though where Lily’s life is changing for the better is way too much fairy-tale to be realistic.

There are a few things that might not add up in the first part as well, at least not for me. Lily was abused her whole life, since she was a little kid and still is one of the best students at school and then later does her husband’s assignments in medicine without even studying it herself. I feel like this certainly can happen but I would say this is rather an exception. I would say that 99% of the people no matter their upbringing could not do that. The problem I see is that in some way she seems very childish in her language and actions and then she is supposed to be this incredibly intelligent woman…

On the same note, her abusers always tell her how ugly she is and she believes it, but people she meets just come up to her and tell her how extremely beautiful she is. I don’t think that real life works like that, people in the supermarket don’t just tell you that, even if you are. I at least never witnessed anything like that.

Apart from that, the description of what she has to endure is on the point. It does not colour what happens yet in the same way it does leave nothing out. And I think it gives a great insight in the mind of a person who has to go through something like that. Even as everybody is different and this might just be one example, it can make people think and reflect.

However, the second part of the book where she finds help and gets her live together, feels way too constructed. Her torment goes on for about 20 years yet within a few months her live goes from hell to fairy-tale. Sure, she has help from her best friend, her bosses at work and a therapist, yet I am pretty sure that healing does not work that way. Especially because she only has a few therapist sessions and she trusts another man in her life so extremely fast after everything that happened.

I know the following example is lacking in every way but it makes me disbelieve in the timescale of the book. Suffering from exam anxiety I know how hard it is to get over something small like that compared to being abused for the most part of your life. Exam situations still make me sweat, so how can she, after suffering for so long leave everything behind in just a few months?!

Also, she divorces from Trent and, I get the feeling that there is not really that much time gone by, her new ‘boyfriend’ tells her that he will one day marry her. Yes, it is sweet but honestly, how is she not running away from that after everything she experienced?!

I can see that the author possibly just wants to show that life will get better for all the victims but giving the main protagonist a job and life she gets leaves me with the wrong message. I kept shacking my head, I mean, let her have this job but not in less than a year from her escape. Just because Lily’s life was hell does not mean that the rest of her life has to be a fairy-tale. Everything happening to her is might be plausible so it would have been nice if the setup of the storytelling would agree with it as well.

In general, I think too much about Lily does not fit together. After starting I was so captivated by her story but I just lost the interest, the book just dragged along and I had a hard time finishing it.